There are popular dog breeds we’re used to seeing on a regular basis. And then there are the lesser-known breeds that make us wonder, “What kind of dog is that?” Dogs come in many shapes and sizes — each with an interesting story to tell. Here are 10 of the most unusual dog breeds. 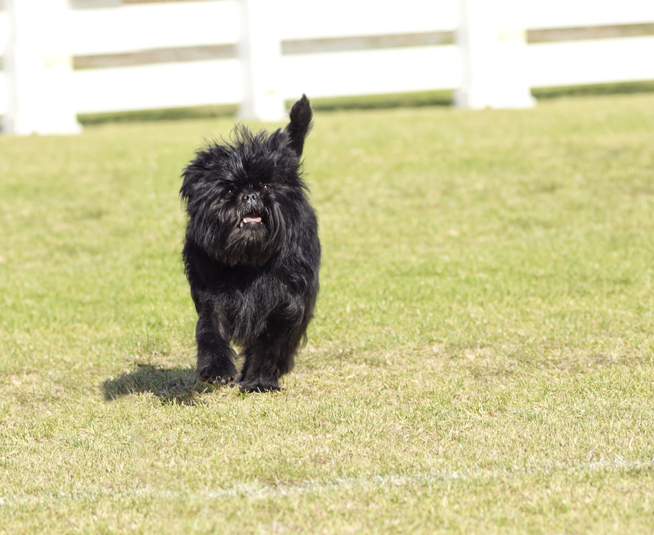 To some, the amusing little Affenpinscher appears like anything but a dog. “They’ve been called ‘monkey dogs’ and ‘ape terriers,’” according to the American Kennel Club dog breed database. “The French say diablotin moustachu (‘mustached little devil’), and Star Wars fans argue whether they look more like Wookies or Ewoks.” Small in stature but big in personality, these dogs originally worked as rodent exterminators in German stables during the 1600s. Eventually they made their way indoors as pets, though they still have maintained their fearless grit from those exterminator days. 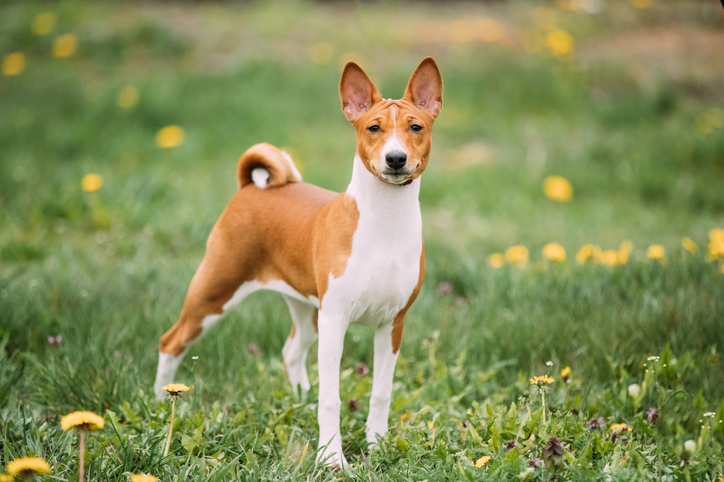 The basenji is one of the oldest dog breeds. In fact, paleontologists say it strongly resembles the first documented dogs, according to the AKC. And it has some unusual characteristics that make it seem like a different species entirely. Basenjis are commonly referred to as Africa’s “barkless dogs.” Instead of a typical dog bark, they make “an odd sound described as something between a chortle and a yodel,” the AKC says. Plus, these dogs famously groom themselves like cats. And as most haven’t been marred by bad breeding, they still exhibit the strength, speed and intelligence that allowed them to survive for centuries in the wild. 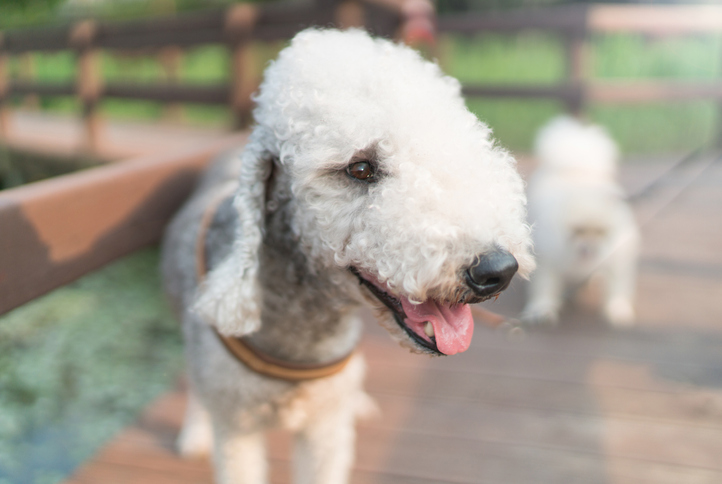 The Bedlington terrier is a canine in sheep’s clothing. These little lamb-like dogs sport a “crisp, curly coat; arched back; tasseled ears; scimitar-shaped tail; and fleecy, pear-shaped head,” according to the AKC. Their sleek, balanced body makes them notoriously swift dogs. And though they’re gentle and fun-loving with their families, they originally were much more in touch with their inner wolves as coal mine ratters and hunters. 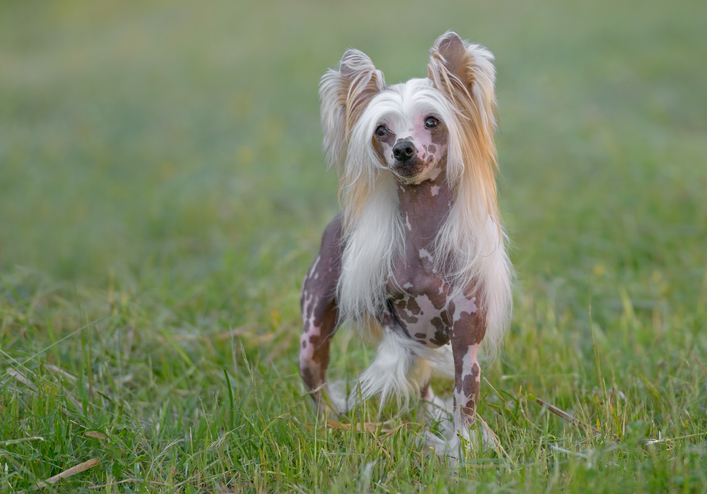 A Chinese crested has taken the title as the World’s Ugliest Dog for multiple years. But once you get past their unique appearance, there’s really nothing ugly at all about these affectionate companions. According to the AKC, the breed’s history goes so far back that experts can only guess at its origins. The assumption is it came from larger, hairless African dogs that made their way to China, where breeders cultivated smaller versions. These dogs became valuable as rodent exterminators on trading ships, which is how they made their way around the world. And as a bonus, their limited amount of hair made them less likely to acquire fleas and other similar pests. 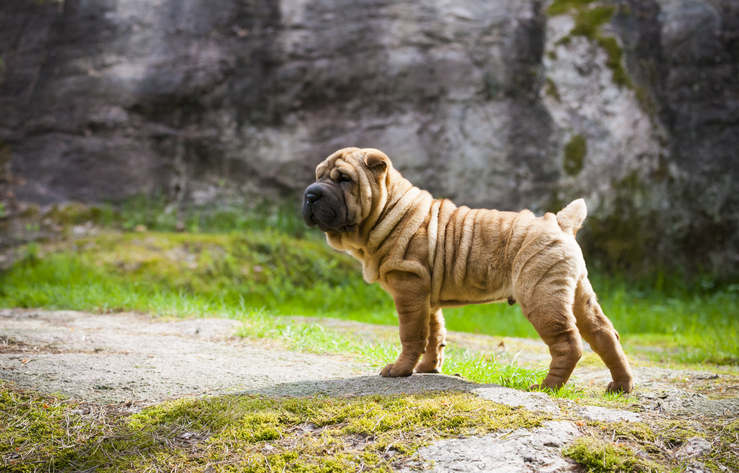 The Chinese Shar-Pei is another breed born in China during a time when its society was largely closed to outside influences — thus developing very unique dogs. According to the AKC, the Shar-Pei’s history dates back more than 2,000 years when it was known as a “peasant’s dog” — hunting, herding and guarding property. And according to VetStreet, its trademark wrinkles once served a darker purpose beyond making the dog susceptible to skin problems. “[The loose skin] was used for dog fighting — it allowed him to turn inside his skin when the other dog grabbed him, so the Shar-Pei could bite back or escape without his flesh being wounded.” Fortunately, most dogs no longer suffer that sort of life. 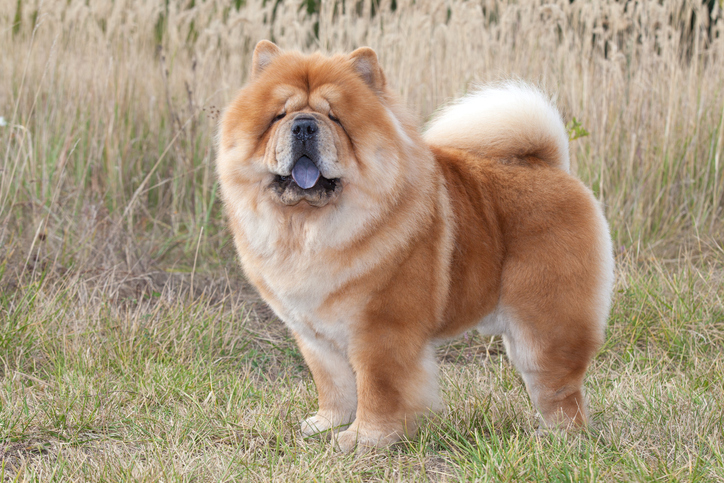 Another distinct breed developed in China, the chow chow also is one of the oldest dog breeds still in existence. Chows are known for their lion-like mane, blue-black tongue and dignified demeanor. They were favorites of Chinese emperors, as well as working dogs for peasants. And interestingly they’re also very clean dogs. “They housebreak easily, have little doggy odor, and are known to be as fastidious as cats,” the AKC says. 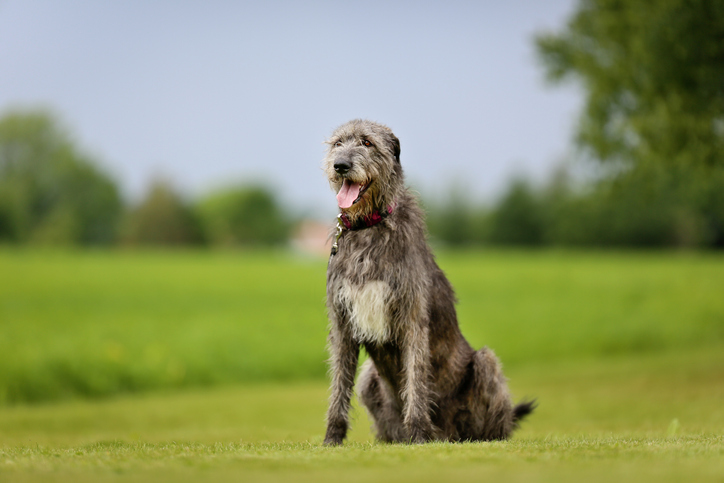 You probably don’t see many Irish wolfhounds, but when you do you can’t miss them. Males can stand around 3 feet at the shoulder, with females slightly smaller, making them the tallest of all AKC-recognized breeds. It’s another breed whose story is so old it has to be supplemented with myth and legend. Irish wolfhounds are likely a cross between “indigenous large dogs of Britain” and “Middle Eastern coursing hounds,” according to the AKC. They became galloping hunters, specializing in wolves (hence the name) at a time when the predators overran the countryside. The wolfhound almost went extinct in the late 1700s as the need for its hunting services diminished, but fans of the breed worked to keep it alive. 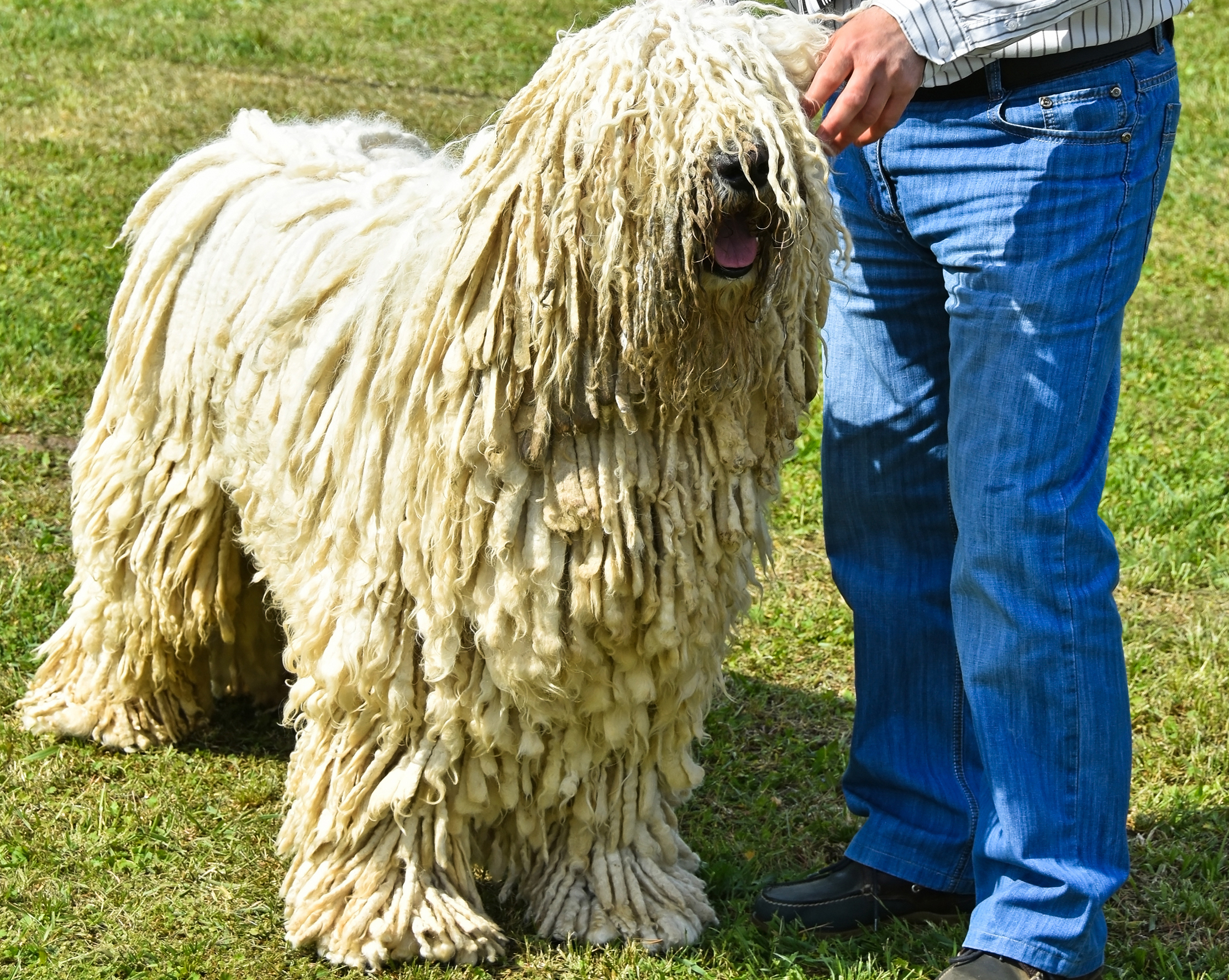 One look at a Komondor and you wonder, “Is there a dog under there?” Indeed there is — and an incredibly loyal and brave dog at that. The Komondor — a centuries-old protector of Hungarian flocks — is most recognizable for its abundant white cords. “The dreadlocks give the dog a cool, funky look, but they aren’t for show,” the AKC says. “They provide protection from extreme weather and sharp-toothed predators. The cords also let Koms blend in with the sheep, giving them the element of surprise.” 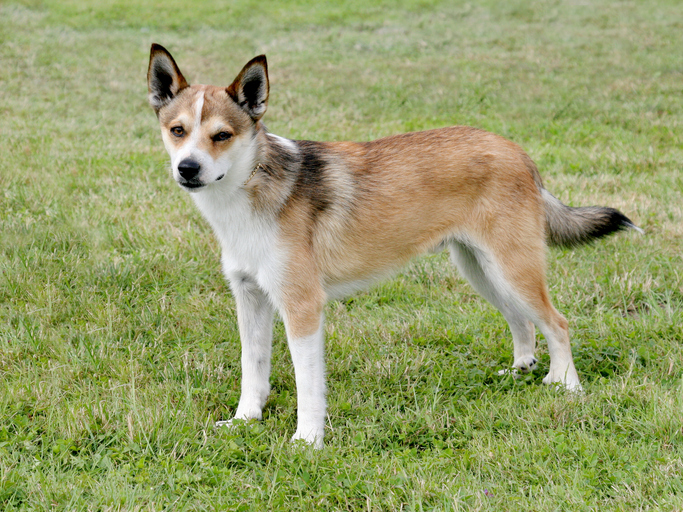 You might not think the Norwegian lundehund looks that unusual upon first glance, but allow it to prove you wrong. “They have feet with at least six fully functioning toes and extra paw pads, an ‘elastic neck’ that can crane back so the head touches the spine, ears that fold shut, and flexible shoulders that allow forelegs to extend to the side, perpendicular to the body,” according to the AKC. These traits all came in handy as they hunted puffins on the rocky cliffs of Vaeroy, an island off the Norwegian coast. But nowadays, these dogs primarily serve as friendly companions with interesting athletic abilities. 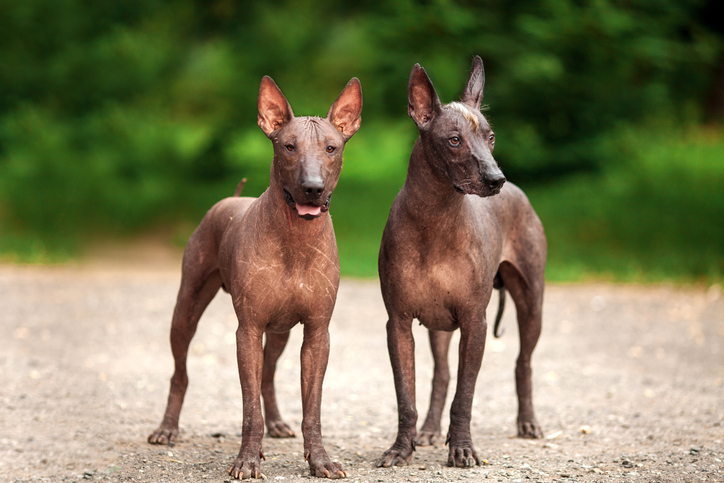 The Xoloitzcuintli (that’s “show-low-eats-QUEENT-lee”) isn’t just unusual for its hard-to-pronounce name. Xolos have a history in Mexico that dates back at least 3,000 years, with ancient Aztecs naming the breed after their god Xolotl, according to the AKC. But most people know them today as the Mexican hairless dog, even though there is a variety with a short coat. And because natural selection (rather than selective breeding) has shaped the dog, it still appears much like it did thousands of years ago.

10 Of The Most Unusual Dog Breeds

How To Develop A New Breed Of Dog

8 Of The Most Trainable Dog Breeds

10 Of The Healthiest Dog Breeds