Purebreds, mixes, tiny toys and gentle giants — we all have our favorite types of dogs. (If you said “shelter dog,” happy tail wags for you.) Dog breeds have evolved a lot over the years, but there are still certain varieties that tend to win the hearts of the masses. Helping to illustrate that point, the American Kennel Club has revealed the most popular dog breeds of 2018, based on its registration statistics.

Although popularity isn’t always such a positive experience for dogs — it can lead to overbreeding, health problems, homeless animals and more — it’s still worth getting to know what makes each of these breeds special, especially if you’re considering adopting one. Here are the 10 most popular dog breeds in the United States, counting down to a very familiar face at No. 1. 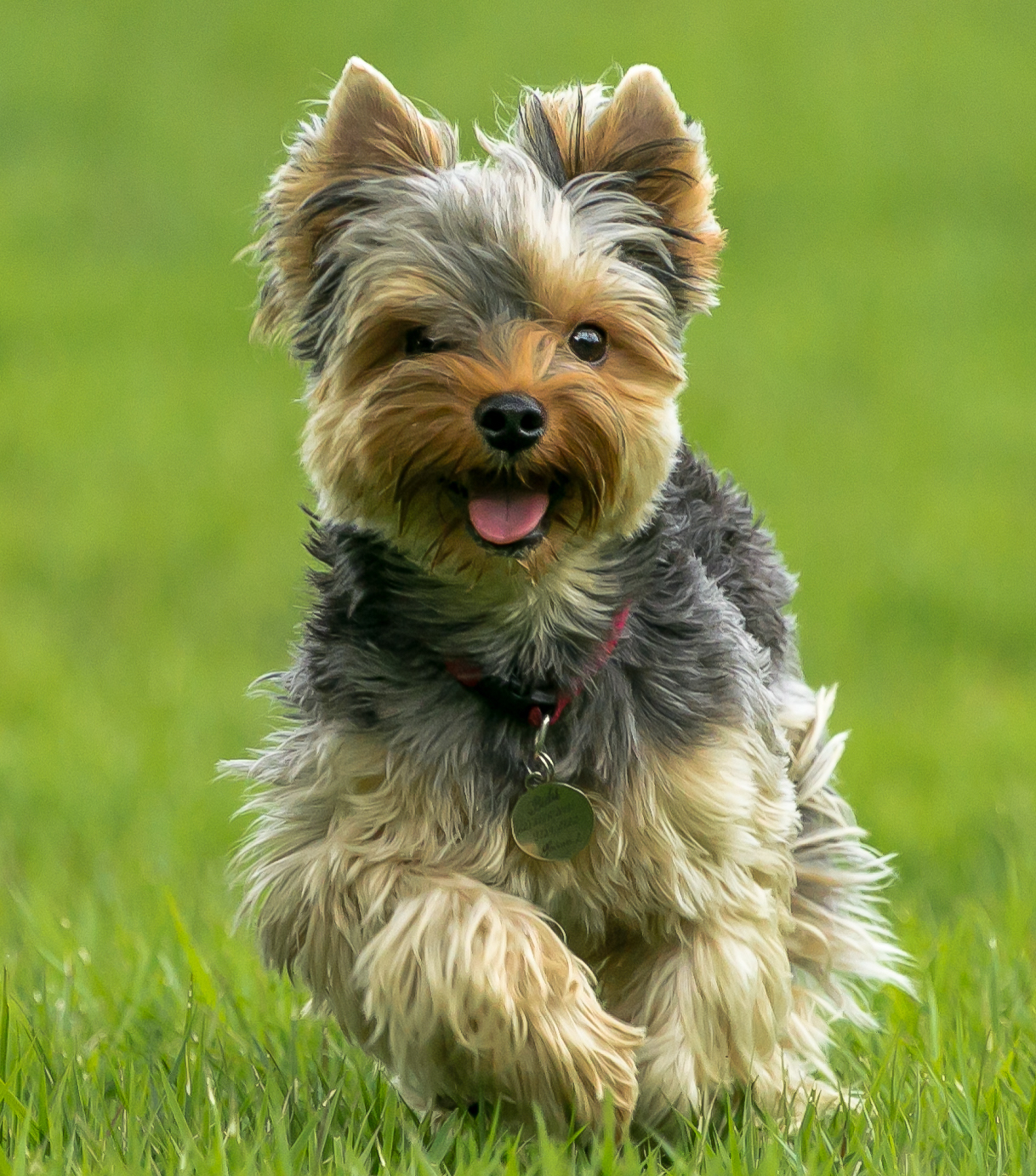 The Yorkshire terrier actually dropped one spot on the AKC’s list from 2017 to 2018. But nonetheless, this little dog still is quite popular, having held a place on the AKC’s top 10 list since the 1990s

“Tenacious, feisty, brave, and sometimes bossy, the Yorkie exhibits all the traits of a true terrier,” the AKC says. These dogs might look dainty, but they have retained the toughness of their ancestors, who worked as ratters in textile factories and coal mines during the 1800s. And though they’ve largely shed their working-class image to sit in laps of luxury, today’s Yorkies should never be thought of as fashion accessories. These are smart and affectionate dogs who need plenty of activity and socialization to keep them happy and healthy.

Stealing the No. 9 spot from the Yorkie was the German shorthaired pointer, who previously finished in 10th place in 2017. This is the highest the breed has been on the list since the AKC recognized it in 1930.

Resulting from crosses among various hunting dogs, German shorthaired pointers were born in the 1800s. “This hunting dog was bred to do it all, including being an attentive, family-loving companion and a watchdog for the property,” VetStreet says. “Few breeds are more versatile — and more demanding of their owners’ energy and attention.” But if you’re an active person who wants a dog by your side during jogs or hikes, this might be the breed for you.

Rottweilers first appeared on the AKC’s top 10 list in the 1990s, when they shot up to the No. 2 spot. And though they’ve dropped a bit since then, they’re still a favorite among dog lovers.

“Massive and muscled, the Rottweiler can be a gentle giant or a scary beast, depending on his personality and his owner,” according to VetStreet. Training and socialization are important for these dogs, simply because of their size and protective nature. Still, that doesn’t make Rottweilers inherently dangerous like some stereotypes try to claim. As long as you’re consistent with your dog and provide them with mental and physical stimulation to fulfill their desire to work, they can be loving, loyal companions. 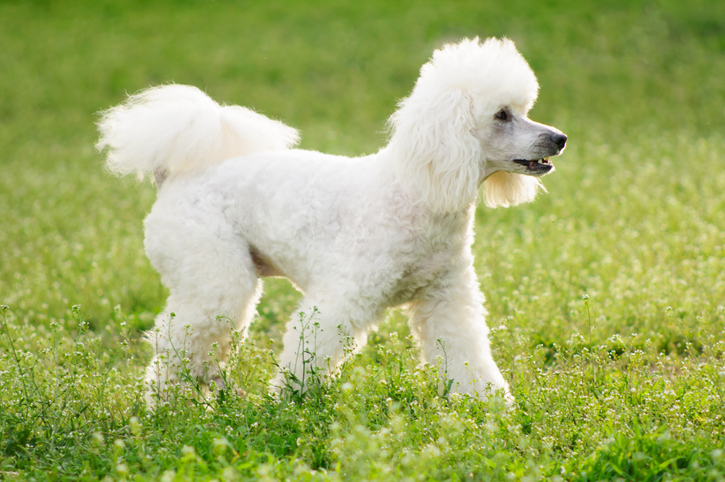 Poodles have been on the AKC’s top 10 list for decades, taking their own spin as the most popular dog breed in the 1960s and ’70s. And there are several reasons to love this curly-coated dog. “With an Einstein brain and a Three Stooges sense of humor, the Poodle keeps his people entertained,” VetStreet says.

Under that curly coat — which does require regular grooming — is a dog who excels in just about everything. Poodles are social animals who thrive on learning. So involve them in activities, such as obedience, agility and therapy work. And teach them tricks around the house to keep their sharp minds busy.

Beagles hold an elite position among the most popular dog breeds. Since the AKC’s founding in 1884, they’ve appeared on the top 10 breed list every decade. But it wasn’t until the 1950s — when a special little beagle named Snoopy gained some fame — that the breed finally hit No. 1.

Because beagles were bred to hunt in packs, they are generally friendly and social dogs, according to the AKC. They make excellent family pets, though you do have to make sure their sharp sense of smell doesn’t get them into any trouble.

Bulldogs also are no strangers to the AKC’s top 10 list, having first appeared in the 1900s. The breed has existed since the 13th century, when it was used for the incredibly inhumane “sport” of bull-baiting, in which dogs fought a tethered bull for people’s entertainment, according to the AKC. Fortunately, these blood sports were finally outlawed in the 19th century.

But perhaps unfortunately for the bulldog, that’s when breeders decided to change some of their physical features — giving them shorter legs and larger heads, among other attributes, which can contribute to some serious health issues, according to VetStreet. On the bright side, they also bred dogs with kinder temperaments, which led to the friendly, easygoing bulldogs we know today. 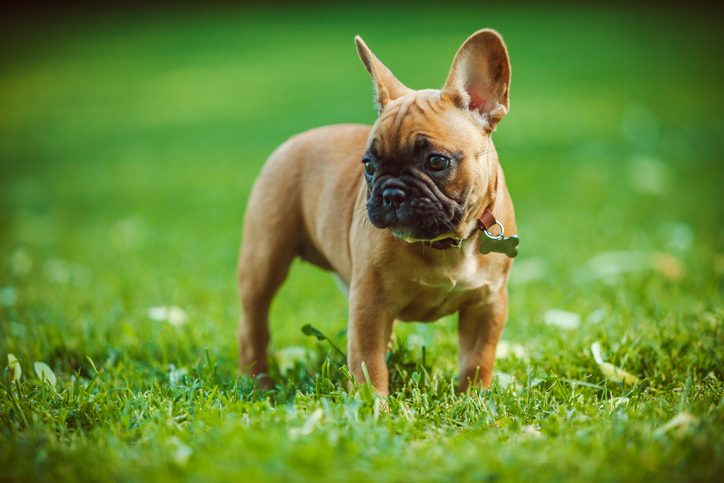 It might seem like French bulldogs are a relatively new phenomenon. But they actually made the AKC’s top 10 way back in the 1910s before gaining steam again in recent years. “Bred for centuries as a companion, he’s very fond of people, and becomes particularly attached to his family,” VetStreet says.

But like other bulldogs, Frenchies are prone to health issues, including breathing problems due to their flat faces, spinal malformations, eye diseases and reproductive issues. Still, if you’re looking to adopt a dog who only needs short walks and does just fine living in a small home, this breed might fit your needs.

Golden retrievers first made the AKC’s top 10 in the 1980s. And ever since then, they’ve cemented their reputation as an ideal canine companion. “Goldens are outgoing, trustworthy, and eager-to-please family dogs, and relatively easy to train,” the AKC says. “They take a joyous and playful approach to life and maintain this puppyish behavior into adulthood.”

Their love of fetch and swimming stems from the breed’s roots as a waterfowl retriever back in the 1800s. And today, the breed excels in most canine actives, including obedience, service dog work and search-and-rescue.

German shepherds were the dog of the decade in the 1920s, but they didn’t become a mainstay in the top 10 until after World War II. Like their name suggests, these canines originated as herding dogs, though they’ve added many careers to their resume since then.

“A versatile, athletic and fearless working dog, the Shepherd has done just about every job a dog can do, from leading the blind and detecting illicit drugs to bringing down fleeing criminals and serving in the armed forces,” VetStreet says. These energetic, intelligent dogs require lots of mental and physical workouts, as well as proper training and socialization. But thanks to their adaptability, they can do well in many living situations. 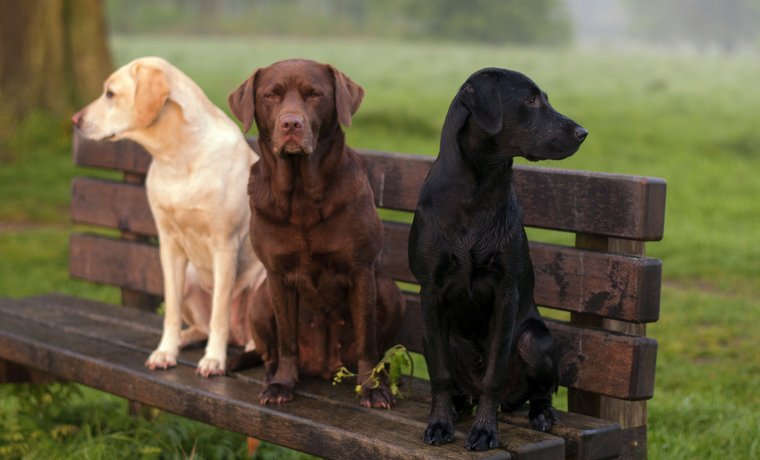 For the 28th straight year, Labrador retrievers are the most popular dog breed in the United States, according to the AKC. And it’s easy to see why Labs have hung onto that top spot, as their winning temperament is part of the breed’s DNA. “Labs are friendly, outgoing, and high-spirited companions who have more than enough affection to go around,” the AKC says.

They do tend to be active dogs who need an outlet for their energy. But because they excel in so many canine activities — obedience, agility, tracking, therapy work, etc. — you’re bound to find one you enjoy doing with your lovable Lab.

American Kennel Club Reveals The Most Popular Dog Breeds Of 2018

Are These Popular Dog Breeds Easy To Care For?

The Most Popular Dog Breed In The U.S. By Decade