New York is poised to become the first state in the U.S. to ban the declawing of cats — a practice critics long have argued is cruel and unnecessary. But it’s not the only medically unnecessary surgery that companion animals undergo. Some of these elective surgeries are illegal or restricted in certain parts of the world for their inhumane nature. Unfortunately, many pet owners still put their animals through them. 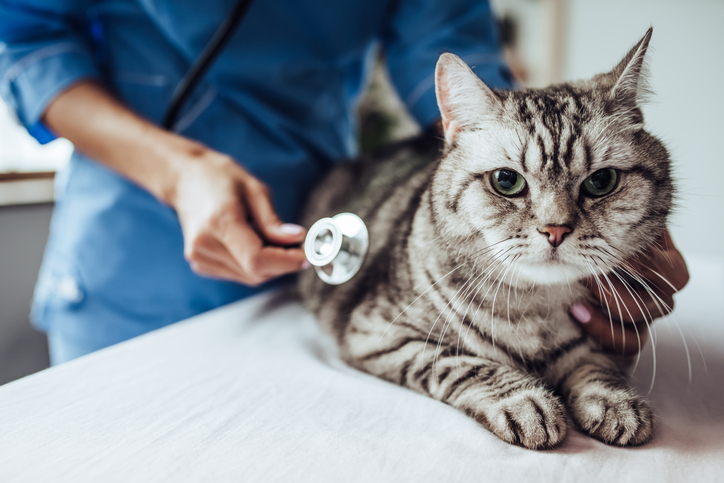 Declawing is no nail trim. It’s amputation. “Declawing traditionally involves the amputation of the last bone of each toe,” according to the Humane Society of the United States. “If performed on a human being, it would be like cutting off each finger at the last knuckle.” There are a few variations of the procedure. The standard method involves amputation with a scalpel or guillotine clipper, and another method uses a laser to cut through tissue. Yet another procedure keeps the claws but severs the tendon that controls the claw in each toe. This method often results in abnormal claw growth, among other problems.

Both the declawing and tendonectomy procedures are associated with many complications. “Medical drawbacks to declawing include pain in the paw, infection, tissue necrosis (tissue death), lameness, and back pain,” HSUS says. “Removing claws changes the way a cat’s foot meets the ground and can cause pain similar to wearing an uncomfortable pair of shoes. There can also be a regrowth of improperly removed claws, nerve damage, and bone spurs.”

Declawed cats also might develop some behavioral issues. For instance, using the litter box can irritate their declawed paws, so they might avoid the box even after their paws heal (if they heal). Plus, declawed cats might become aggressive — especially due to pain — and start to bite to compensate for the loss of their primary line of defense (their claws).

Some people argue that declawing helps to keep cats out of animal shelters and in homes with owners who otherwise wouldn’t have put up with their scratching. But there are many ways to prevent unwanted scratching without resorting to painful amputation that could leave you with a host of new problems. Regularly trim your cat’s claws to mitigate any damage they can do. And provide your cat with several scratching posts and boards throughout your home. This allows them to indulge in their natural scratching behavior without ruining your possessions. There also are products that go over cats’ nails, as well as deterrents to place in areas where you don’t want them scratching. The options abound to keep you and your cat happy and healthy.

Dogs also have a variation of declawing called a dewclaw removal. Dewclaws are the inner digits on the feet of many species that commonly grow a little higher than the rest of the digits. They’re most similar to a human’s thumb, though they don’t quite have the same function. Most dogs have dewclaws on the insides of their front paws, and some also have them on their back paws. A few breeds even have multiple dewclaws per paw.

Some dewclaws — typically the front ones — are firmly connected to the rest of the dog’s paw and serve as a functioning digit. Dogs use them for extra traction and stability, as well as for holding objects. But especially in the case of rear and double dewclaws, some are only loosely attached to the rest of the paw, limiting their function. And those are the ones most commonly removed. But is that the right choice?

“The main argument in support of dewclaw removal is that it prevents injuries associated with accidental tearing of the dewclaws,” according to a review of medically unnecessary dog and cat surgeries published in the Journal of the American Veterinary Medical Association. “… Furthermore, because there is no wear of the associated nail, regular trimming is required to reduce the chances of the nail being caught.”

But in reality, there is no good research on the incidence of dewclaw tearing and whether removal benefits the dog. And the surgery comes with risks and the potential for chronic pain. So unless your dog has developed problems with their dewclaws, it’s worth asking your vet whether avoiding surgery and focusing on maintenance is the better choice. 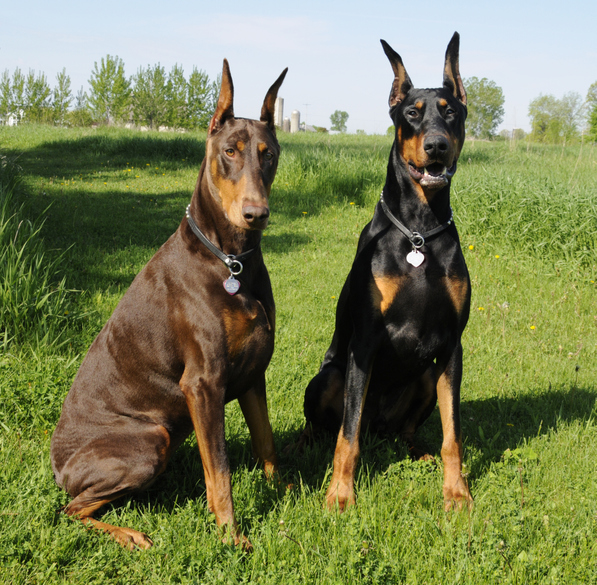 Many veterinary and animal welfare organizations oppose ear cropping, and it’s prohibited in several parts of the world (but not in the U.S.). “In dogs, ear cropping involves reshaping the appearance of the external ear, usually by removing up to half of the caudal portion of the pinna (auricula),” according to the review of dog and cat surgeries. “Following removal of the pinna, the ears are taped and splinted to facilitate healing in the desired shape.” Dog breeds with naturally floppy ears — including Great Danes, boxers, Doberman pinschers and Boston terriers — often are subjected to ear cropping.

Historically, people cropped their dogs’ ears to theoretically prevent ear damage during hunting, working or (ironically) dog fighting. Nowadays, besides conforming to a breed standard, some people also believe forcing the ears to be erect will lower a dog’s risk of ear infections, but research doesn’t necessarily support that. While some evidence suggests dogs with floppy ears have a higher risk of ear infections than dogs with upright ears, “it appears that specific breeds tend to have a higher predisposition than others regardless of ear conformation,” the review says.

Furthermore, there isn’t adequate research on how changing a dog’s ear conformation affects their hearing and communication (as ear movements are part of a dog’s body language). And perhaps most importantly, U.S. vet schools generally do not teach the surgery anymore — meaning whoever is performing the procedure might be self-taught. Like any surgery, it comes with several risks and the potential for future complications.

Debarking, devocalization and ventriculocordectomy all refer to the partial or total surgical removal of an animal’s vocal cords. “When the surgery is performed for the non‐therapeutic purpose of pet owner convenience, the goal is to muffle or eliminate dog barking or cat meowing,” according to the Humane Society Veterinary Medical Association. The surgical approaches range in invasiveness and outcome. But they all pose serious risks and complications for the animal.

“There is no doubt that devocalization surgery results in post‐operative pain and discomfort,” the HSVMA says. In the long term, it can cause breathing problems, exercise intolerance, chronic coughing or gagging and an increased risk of aspiration pneumonia. It also can compromise the animal’s airway for any future surgeries. Plus, limiting an animal’s ability to communicate can cause them undue stress, leading to frustration and possibly destructive behaviors and aggression. And it can prevent them from expressing fear or discomfort — or sounding an alert about a potential danger.

But what about those who say debarking is the lesser evil compared to a loud dog ending up in an animal shelter? There’s no evidence to support that — and in fact devocalization might bring about more homeless pets. “It is not difficult to postulate that a pet owner who is unwilling to spend the time to address their pet’s vocalization with training and instead seeks out devocalization, may eventually surrender this same pet to a shelter … if devocalization is either ineffective or engenders other inappropriate behaviors,” the HSVMA says.

Several factors — including boredom, stress and unchanneled energy — can cause excessive vocalization. And if you’re going to bring an animal into your home, you must be prepared to work through any behavioral issues in a humane manner — not jump to dangerous and unnecessary pet surgery.

Just like with ear cropping, modern-day tail docking — i.e., amputation of part of the animal’s tail — typically is done to conform to a breed standard. But it originated long ago for a few medically unnecessary reasons. “In ancient times Romans believed that amputation of the tail tip and/or parts of the dog’s tongue could prevent a dog from contracting rabies,” according to the American Veterinary Medical Association. Also, because people felt tails gave dogs an athletic edge, “dogs were historically docked if they were owned by a poor person not permitted to hunt game.” People also docked some hunting and working dogs’ tails with the goal of preventing injuries (though that notion lacks scientific support).

Although tail docking for cosmetic purposes is illegal in many places (but not the U.S.), the procedure sometimes is medically necessary in the case of an injury or illness (such as a tumor). But true tail injuries are rare — especially compared to complications from tail-docking surgeries. “In the largest study to date on tail injuries in dogs the incidence was 0.23% and it was calculated that approximately 500 dogs need to be docked to prevent one tail injury,” according to the AVMA.

Tail docking is painful for the dog, and the AVMA only recommends amputation for compelling medical reasons. Often breeders dock young puppies’ tails, claiming it doesn’t hurt them, but that’s just not true. “Painful procedures conducted in the neonatal period when the nervous system is vulnerable can result in negative long-term changes which affect how pain is processed and perceived later in life,” the AVMA says. Not to mention dogs use their tails for balance and movement, and they’re a major factor in canine body language.

Of all the medically unnecessary pet surgeries, this one has to be the most ridiculous. People are choosing to get fake silicone testicles implanted in their neutered pets. “Even though a neutered male dog is the norm, some dog families dislike the appearance of a neutered male dog,” the Animal Medical Center says. “Similar to the intraocular prosthesis, there are also silicone testicular prostheses which can be implanted at the time of neutering to recreate the dog’s normal male anatomy.”

This surgery might not come with as many risks as some of the others on this list, but it has zero benefit for the animal. No, your pet isn’t going to miss his testicles and feel less “manly.” (You need to take a serious look at your own priorities if you really believe that.) In reality, he’d probably be happier getting off the surgery table sooner and not having to spend extra time under anesthesia just for implants.

Then, there’s the argument that testicular implants are a compromise for people who otherwise wouldn’t get their pets neutered. Yes, pet overpopulation is a huge problem. And if dangling a carrot (in the form of a fake testicle) works to persuade those people to neuter their pets and prevent more homeless litters, maybe it’s not the worst thing. But it still is putting an animal through unnecessary surgery. And for those who don’t know the testicles are fake, it might inadvertently make them feel like they don’t need to get their pets neutered if others aren’t doing it.

If people would just come to their senses and get their pets neutered sans fake testicles, those resources could be put to better use elsewhere — such as helping rescue groups perform surgeries on animals who actually need them. In fact, the same goes for any of these medically unnecessary pet surgeries.

8 Reasons To Celebrate When You Spay And Neuter Your Pets

Why Is My Dog Walking In Circles?

The Use Of Electric Shock Collars In Dogs

The Truth Behind 7 Common Dog Myths

10 Diseases You Can Get From A Dog Or Cat